skip to main | skip to sidebar

Mad Max: Fury Road - Finally can show some of our work.


Posted by Mike Bates - Makeup Effects Supervisor at 10:24 AM

The crew at Hybrid FX recently completed many key effects for the series, which we cannot reveal at the moment for obvious reasons :)

Check back in a month or so to see more! 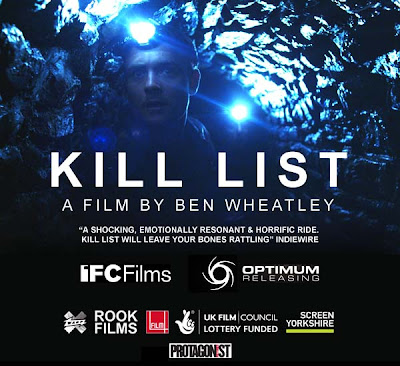 "The best British Horror film in years" TOTAL FILM
"One of the best British Thrillers in Years" - Daily Mirror
"Film of the Week. Might be the film of the year" - LOVEFILM
"A cult classic in the making" CLASH
"Nerve shreddingly effective" Time Out
"Get ready for a head fuck. Darkly comic. Intense. Jaw dropping" LOADED
"A uniquely terrifying experience" Film of the Week - Alan Jones - RADIO TIMES
"The best British thriller since Dead Man’s Shoes - Breathtaking" Sky Movies
"The most original, unsettling and cerebrally menacing British film of the decade so far" FT
"Superbly jarring" - Danny Leigh
"As British horror goes right now, Kill List is pretty much top of the range" Peter Bradshaw - THE GUARDIAN
"Dark, funny & disturbing. Wheatley elevates himself from Kill List to A-List" - Kim Newman - EMPIRE
"A future classic" LITTLE WHITE LIES
Posted by Mike Bates - Makeup Effects Supervisor at 10:58 AM 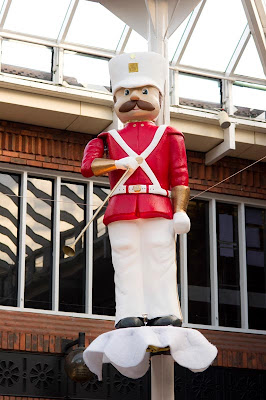 Last year’s 6 week Intensive Fx Course students were able to get their hands well and truly ‘dirty’ on some considerable work experience right here helping us duplicate and create four, 8 foot high Toy Soldiers for a local company who needed to supply them for Christmas displays in a major shopping complex. 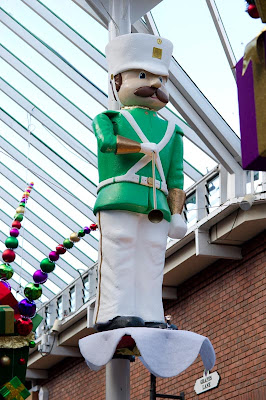 This entailed some considerably large silicone and fibreglass mould making and some serious hard work for all involved. Particular thanks and congratulations to Charlotte Cook and Tamsin Greenbank for their excellent work, diligence and effort on that project. 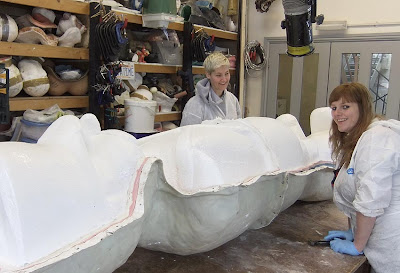 Additionally, we also needed to create 15, 2 ft high Penguin models for similar seasonal installations, which gave everyone the added fun of sculpting a character from scratch, taking it right through the moulding and duplication to the final painted finishing stage. 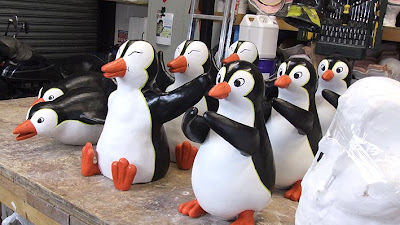 Posted by Mike Bates - Makeup Effects Supervisor at 8:57 AM

A tiny clip from the recent series of RTE 'Anonymous, enjoy!

Posted by Mike Bates - Makeup Effects Supervisor at 10:28 AM

One not to miss folks..

Posted by Mike Bates - Makeup Effects Supervisor at 10:24 AM

Can we say 'Jedward'! 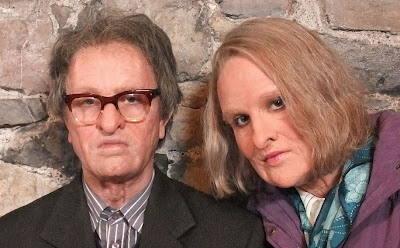 Another 'Anonymous' Episode but this time a first. Two disugise makeup's on possibly the most bouncy, fun and ever so talented Jedward.

If you didnt catch it on RTE, go beg or borrow a copy!
Or follow this link for a preview chat with presenter Jason Byrne.


Posted by Mike Bates - Makeup Effects Supervisor at 8:50 AM

The firm creates SFX Makeup effects for Film, TV and the Media sectors.

A unique aspect to Hybrid is its in house developed Silicone Prosthetic Material, which is used for all their work and allows for close up filming in all weather and lighting conditions.

Both directors have specific business and technical backgrounds that help manage the productions undertaken, from Script breakdown to final on set supervision.

Hybrid Fx School is a natural extension of the core business, allowing both beginners and professionals to learn from Hybrid's vast industry experience.

Hybrid are active members of the UKPost organisation where they are on the SFX Working Committee and both are BAFTA members.

With Courses ranging from One Day to Six Weeks and Bespoke options too, there is a wide range open to all